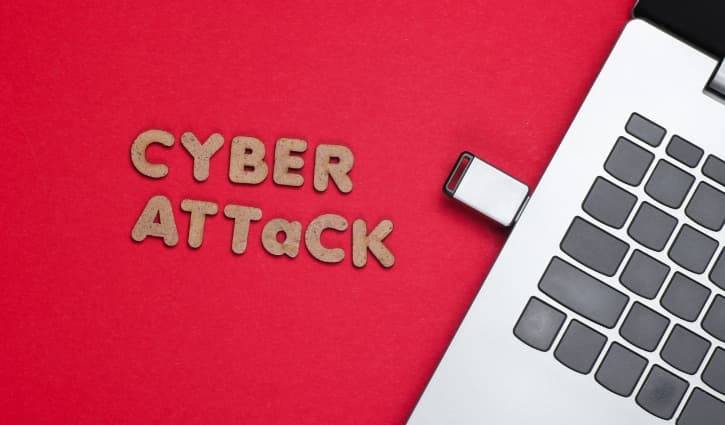 We’ve all seen the movies where the Tech-Savvy Spy Nerd brings down an entire Evil Organization with nothing but a Top Secret Flash Drive and a few simple keystrokes. And you may have thought, “That never happens in real life!” But it’s an unfortunate reality that powerful malware exists outside of the Hollywood drama and being on the wrong side of an attack could devastate your entire personal information system or your whole company network. That’s why we tracked down six spy-worthy tips to help you prioritize technology security and hopefully get one step ahead of the hacker that’s more Bond Villain than Secret Agent Programmer. And don’t worry - this article will NOT self-destruct five minutes after reading… we hope.

What is removable media?

The most common type of removable media is the USB or flash drive, but removable media is any portable device that can be connected to your computer, network, or information system to share and store data.[1] This includes SD cards, portable hard drives, and CDs/DVDs.

Removable media devices are unique because they are a physical piece of hardware that interacts with your computer, rather than a piece of software or program that you download. The device must be physically inserted or plugged into a computer to gain access to the data stored on the device - or vice versa, as we’ll see in a bit.

What are the risks when using removable media?

The risks involved in using trusted removable media devices are fairly straightforward. Because you’re storing data on a separate physical device, it’s simply one more thing to keep track of in your daily life. Removable media devices that get lost or stolen are often unretrievable, and the hackers that happen to snag them are usually granted full access to whatever they contain.

The more complicated risks are introduced when using devices from unknown or less-than-reputable sources. Simply inserting a questionable device into your computer can be enough to expose your whole system to:

When it comes to removable media hackers, even less complicated programs can end up causing severe damage to your data, your individual system, or your entire network.

How do I use removable media devices safely?

Now that we’re on the same page about the amount of damage a removable media attack can really do, it’s important to know how you can protect yourself or your company.

This might seem like a no-brainer, but modern hackers use sophisticated social engineering techniques to target your curiosity, self-interest, or even willingness to help.[4] USB drives are often planted in public places, sent out to companies as “free gifts,” or distributed at conferences as a way of lowering your guard and assuring you that they’re safe to plug into your computer. In the case of removable media, being a good Samaritan or getting that surprise gift is not worth the risk.

2. Disable Autorun on your computer

Autorun is the setting that tells your computer to automatically run programs on inserted removable media without the user having to initiate the process. Autorun can be useful when installing new software from a CD, for instance, but it also makes you extremely vulnerable to a hacker’s malicious programs. With this setting enabled, hackers can create malware that runs automatically as soon as the device is inserted.

There are several popular methods you can use to encrypt your data on removable media devices, rendering your files useless to any hacker that happens to gain access.[5] Some modern memory sticks even come equipped with fingerprint authentication.

Also, be sure to purchase your device from a trusted manufacturer. Some malicious third-party sellers ship removable media with malware already installed, so do your research before you buy.

It might be tempting to take fewer precautions with a device that you normally keep at home or assume that corporate information accessed at home has the same security protections as at the office. But hackers are waiting to take advantage of those moments and exploit security vulnerabilities whenever possible. To prevent cross contamination, avoid mixing the devices you use for storing data at home and at work.

Whether we’re talking about your personal computer or your office devices, it’s important to keep the most recent firewall, antivirus software, and anti-spyware software installed on all your systems.[6]

Consider discontinuing use of removable media altogether. Most companies have internal networks set up for file sharing between employees that are heavily protected with firewalls, passwords, or security clearance tiers.

Your mission, should you choose to accept it…

You don’t have to be a super spy to protect yourself or your company from a removable media attack. Though no device or system is ever 100% safe, securing your data properly, avoiding unfamiliar devices, and being aware of your own social engineering vulnerabilities are key tools in your defense. So grab a cold drink - shaken, not stirred - and relax in the knowledge that you’re six steps closer to outwitting the Bond Villain Hacker of removable media.

About
Michelle VanOverloop
Read more from Michelle
Being raised by just my mom on a teacher’s salary meant that all us kids knew how to bargain hunt! We were always on the lookout for those elusive “SALE” tags and would have contests to see who could best guess the total at the end of our shopping trips. Now that I’m juggling my own family and financial responsibilities, I still get a thrill saving some major change on quality bargains.